A guest contribution in “DIE ZEIT”: A Self-Determined Whore Is Still Unthinkable

A guest contribution in “DIE ZEIT”: A Self-Determined Whore Is Still Unthinkable 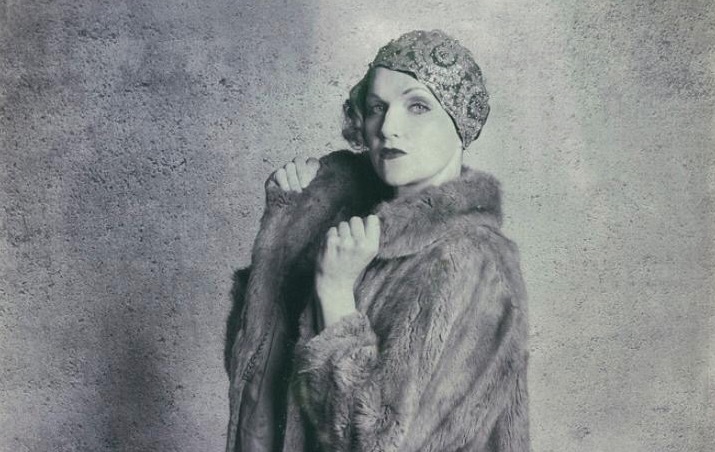 “Fear of dangerous sex, that is simply a fear of not being able to create your own sexual space.” But sex workers do create. (…) We aren’t afraid of sexual spaces. We enter them, we are familiar with them. It’s your fear.”

A Self-Determined Whore Is Still Unthinkable

Yvonne, 34 years old, gets in touch with me because she finally wants to know once and for all whether she’s into women. She also wants to explore her submissive side. Her desire is to be tied up, but she also asks me if we can kiss, and whether she can pleasure me orally. I tie her up, and she soon realizes that she doesn’t like it when it’s too tight. She does, however, like it when I smack her ass and shout at her how magnificent her rear end is. We spend an intense time together. It’s enough for her to realize: I’ve gotten in touch with another facet of my sexuality – but I still love my boyfriend. And: I like dirty talk, now I’m going to introduce that into the bedroom at home.

Stefan, 36, is an absolute beginner – he’s never had sex. Aside from that, he leads a normal life. But any game involving erotic contact was a mystery to him, even as an adolescent. He doesn’t dare go to a brothel. He would have no idea what to do with the woman. Stefan is allowed to touch me, I give him feedback. Sometimes through breath, voice, and movement, and he sees and feels me experiencing pleasure or arousal. He starts allowing it to arouse him as well. Stefan says that soon he would like to try sexual intercourse, too. Now he feels confident enough to try it.

Jens, 47, a consultant, has a fetish for woolen socks. He loves the smell and the texture, he loves the feel of them on his skin, and he loves the sight of them. Especially on the feet of a tall woman who kicks him gently with them. Jens has a family and a wife who he loves very much. But the thing with the woolen socks isn’t her thing. When I tie him up with the socks, stuff them in his mouth, he moans. We laugh a lot, he has several orgasms, and is happy to be able to be that way with me, “without feeling completely weird.”

Soraya Wants to Not Be Dominant

For a Change Soraya, 38, just wants to let go. As chief physician, she has many responsibilities. In her relationship, she is also the more dominant one. I tie up Soraya in new, ever-changing positions and blindfold her, until she can’t do anything but focus on her own body. She is alone with herself and her breathing and falls into a space of peace. Once, she has an orgasm there, another time she simply lingers there in deep silence, because sometimes I also cover her ears.

These are all true stories from my daily life as a sex worker. I could continue the list for a long time. Sometimes, it would be more pornographic, sometimes emotionally touching. Sex work, that’s the self-determined term for what is legally termed “prostitution”. Prostitution includes everyone who offers sexual services for money or benefits in kind.

When prostitution comes up, many think of a helpless woman who is being forced to perform sexual acts against her will: (female) prostitutes are to be pitied, and (male) clients are to be despised. As this logic is constantly being repeated by opponents of prostitution, politicians repeatedly keep urging a “ban on the purchase of sexual services”, following the so-called Swedish or Nordic model: it would prohibit buying sexual services, sex workers would become invisible, and supposedly it would be for their protection: according to proponents of the ban, prostitutes would remain “exempt from penalties”.

In reality, however, sex workers would become unemployed and stigmatized by introducing the Swedish model. Supporting them – which would include brothel businesses as well as support groups – could be punishable by law. It would become a risk to rent living space to sex workers: if they were to work there, the real estate owners could become liable. Relationship partners or grown-up children living in the same household could be sued for procuration. Sex workers can lose custody of their underage children.

Sex workers in Germany who don’t behave according to the victim narrative are treated with hostility and painted as untrustworthy: the misery of forced prostitution is considered to be their fault. What insidious logic – as if political failure regarding social and migration policies weren’t to blame for poverty and inequality in Europe. Blaming whores is much easier, of course.

Politicians from the SPD (Social Democrats), who are now speaking out in favor of a ban, should keep in mind who they are feeding politically: for the ban also prohibits migration for work reasons related to prostitution. So it mainly hits the large number of non-German sex workers. In essence, the law is anti-immigration.

What? Yes, you read that right. Sex for money isn’t really more exciting, dirtier, more horrible, less fathomable, or more beautiful than – simply sex. That hypothesis is what most hurts the bourgeois self-image. We still live in a culture of taboo and of censuring sexuality. People fill the subject with ideas of shame, guilt, and fear. Fear, because intimacy also means opening boundaries and simultaneously maintaining them. Who has really ever learned to do that? It’s as if all these fears were being projected onto sex for sale.

Sexual Fears Are Part of my Work

I don’t wish to condemn those fears. After all, part of my daily work is to support people, including their sexual fears, in a sensitive way. It only gets problematic when one’s own fear freezes into ideology – for that is the origin of this sexually repressive wave that’s currently washing us back. Sex is a taboo, and everyone working with explicit content is feeling the conservative blowback at the moment.

When I tell people about my work, many of them say, “But that isn’t prostitution. There’s no real sex happening there. You’re more like a therapist. And besides, you’re able to express yourself.” So, again: “real” sex only takes place when a penis glides into a vagina. And when the woman involved can neither defend nor articulate herself?

Why can’t a society imagine that there are people who consensually trade sexual acts for money and remain unharmed physically and mentally? Why does it need to be an exception if a woman creates a sexual space and isn’t a victim?

In regards to private sexuality, many people think that love should be unconditional and sex should occur “naturally”. We find the word “negotiation” to be inappropriate – even though it could be so helpful. Where do these images of “naturalness” between man and woman originate? Bravo Teen Magazine? YouTube? Church? It’s hair-raising what people, especially those who were socialized female, will do in the name of “love” and “passion” without respecting their own boundaries or desires. Since I’ve specialized in working with women, I know what I’m talking about.
I personally think that the lies and myths drilled into our unconscious by TV movies or Hollywood films are more dangerous than pornography. Please ask yourself and your friends: the last time you had sex, why did you do it? Out of passion? A sense of obligation? Next question: was it good?

People who have no more desire for sex with their partner don’t necessarily have any lack of desire for sex in general. They’ve stopped experimenting and tuning into each other – because sexual communication isn’t easy. That’s exactly the reason why people turn to us professionals. They get to try things with us that they wouldn’t dare to try otherwise.

Sex is magic. Sexuality can work therapeutically, for the very reason that it’s tied to emotions, to body memory, to trauma and letting go, to autonomy and devotion, to the ability of releasing into orgasm. Supporting people coming into their sexual power: that’s deeply psychological work, that’s a physically demanding skill, that’s social work, it requires empathy and communication. Sex workers are all-round talents! We don’t helplessly trip into our profession. We’ve tried things out and decided what we are willing to give. And at what price.

There are problems with sexualized violence in sex work, and there are problems with sexualized violence in marriages, families, relationships, in public spaces. The causes are diverse, but deep-seated misogyny is often at the root. Whoever thinks that sexualized violence can be addressed by repressive politics towards sex is wrong. Most forms of restrictive sexual morals are patriarchal in origin and threaten the freedom of female sexuality. In reality, a ban on purchasing sexual services is an attack on all women who handle their sexuality differently from what the bourgeois model has in mind. You don’t want to save us, you just want us to disappear. But we demand rights and recognition.

To that end, it doesn’t matter which area of the business we work in. The jobs in sex work are manifold. We have diverse skill sets, personal boundaries, and ways of working. For some, it’s a lifelong calling, for others, a temporary pragmatic decision. The job is not for everyone. Those who want to opt out must be supported – through free and voluntary counseling, financial and social measures. Some are in difficult predicaments or are being forced to do sex work – this is already illegal and doesn’t require additional laws.

Yvonne, Stefan, Jens, and Soraya encounter me with respect. According to the Swedish model, they would be criminal offenders. Under that law, my economic and professional existence would be endangered. I would also be endangered physically, because Yvonne, Stefan, Jens und Soraya wouldn’t be the ones coming to see me, but rather clients who are willing to commit a crime. I would be moving in a legal vacuum. I couldn’t advertise my work in order to clearly communicate my offers and my boundaries. I would have to work alone, without contact to colleagues. I also wouldn’t have any kind of legal or police protection in the case of assault.

The sex isn’t what’s dangerous, the stigma is. Fear of dangerous sex, that is simply a fear of not being able to create your own sexual space. But sex workers do create. They have a backbone and show their true colors in terms of sexual negotiations. We aren’t afraid of sexual spaces. We enter them, we are familiar with them. It’s your fear. It’s your fear.

Speak to us, not about us.

The article was published in the German newspaper ZEIT ONLINE.

More articles about me.