What The Church Can Learn From Sex Workers

What The Church Can Learn From Sex Workers

For a moment there, it looked like a sexual revolution was taking place at this year’s “Kirchentag” (church congress). Instead, I had to listen to the idea that women shouldn’t be surprised about assault if they wear tight clothes and put on makeup.

The Protestant Church Congress of 2019 invites a sex worker to be on a panel. That’s wonderful, that’s groundbreaking, and the only reason I got carried away into putting in an unpaid appearance, preparing myself, taking into account that I would have to cancel work for several days, and traveling to Dortmund in the first place.

For I am said sex worker. And I want to convey a realistic image of sex work, speak about female sexuality, about the ability and potential of celebrating one’s own sexual power – and about the promise and potential of a culture of consent.

On the panel, I’m joined by Barbara Kuchler, sociologist at the University of Bielefeld. She initiated the hashtag #ohnemich (#notwithme), that calls on women to kindly refrain from putting on makeup and making themselves pretty, because whoever wedges herself into a tight pair of pants shouldn’t be surprised when men… erm, what was that? Oh, I was already sleeping. In short, the point is that women and their clothes are (partially) to blame for sexual assault.

Hadn’t that already been settled sometime in the 1980s, that sexism doesn’t have anything to do with what women wear?
I’m surprised. Why does that idea need to be given even more air time, at the church congress? The church congress that proved itself to be so progressive that two hours after my appearance, they host the event “Coming More Beautifully – Women’s Sexuality”. The church congress that announced the workshop “Painting Vulvas” in the run-up to the event? Okay, the self-painted vulvas were one contortion too many, it was preceded by a big shitstorm. After all, it’s well known that the sight of a vulva makes men lose their eyesight. Even God can’t help you there.

I wanted to speak about courage and trust at the church congress – it didn’t work.

So, Kuchler, sitting next to me on the panel, puts forward the theory that women should stop plucking their eyebrows because that’s how they make themselves beautiful for men. Okay, that’s weird, I think, but it doesn’t have much to do with me, and hopefully we’ll start talking about something relevant soon. The moderators had told me at the briefing beforehand that I should talk about boundaries. About how we open up our boundaries to intimate contact, and how can that work – if we want to respect our boundaries at the same time?
Great, I think, this time I don’t even need to talk about forced prostitution. And maybe I’ll even be able to slip in something subversive as well. For instance, that the rest of the world, including the church, can still learn something from sex workers who work autonomously. Who are situated better than anyone else, because they’re professionals, to guide sexual situations. Who use clear language when dealing with invitations and no-go areas.
Because they know how to establish closeness and intimacy, and are not afraid of explicitness. Because they have practice respecting their own boundaries, or at least are aware that this skill needs practice and repetition. I want to say on this panel that we need spaces for true sexual education, that our world would be better on many levels if we didn’t keep prohibiting the discourse on sexualities.
I don’t mean the ideological discussions, we have enough of those. I mean the practical details: where is the school where we can get to know and celebrate our body, where we can explore desire and arousal? Painting vulvas is kindergarten! Where can we dedicate ourselves to the question of how to approach someone, how to express desire in a way that helps someone feel invited and not pressured? How do we deal with a “no”, with rejection? How do we encourage people to define sexuality as something positive, and not just under the headings Guilt, Shame, and Danger?

How much safer we would feel in that world. Because the sexual actually isn’t even that threatening, the scary part is the taboo.

Can protestants imagine what the whore stigma is about? Why does a woman who is sexually active, not to mention unmarried, need to be pitied and fought? Why should she necessarily be out of her mind and need to be shown the right path?
Unfortunately, I wasn’t able to speak about all of those things. Because during 30 minutes of spontaneous debate, I needed to say the following, among other things:
Dressing sexily is NOT the cause of sexism.
It is wrong to blame women for sexist behavior and sexual violence. Sexism has nothing to do with sex and eroticism, also not with “attraction between the sexes”. It is an expression of an imbalance of power, of a degrading and lack of respect towards women.
The reason a woman is not taken as seriously in a professional environment is not because she’s wearing a low neckline or a miniskirt. A woman is not taken seriously because: the patriarchy doesn’t take women seriously. It’s very simple. Loose-fitting or “neutral” clothes just won’t help – even if Barbara Kuchler is seriously suggesting that.
A woman’s task cannot be to present herself in the most “neutral” way possible, in order not to be sexualized. The fact that women are sexualized is an expression of sexism (see above). That sexism is structural and can’t be solved on an individual basis by those affected by it. Censoring women for their sexual self-expression is part of a misogynist practice, because the tradition of stigmatizing free-wheeling women is a patriarchal one.
And speaking of confidence: I want to talk about the potent woman. The woman who inhabits her sexual power. who is talking about wanting sex. And above all, what kind of sex and how she likes it. What does this woman look like? How does she speak and what words does she use? I want to be able to imagine them as alive as possible. We don’t know her that well, she’s a taboo. It is time for the Church to remember her too. The Church has not only forgotten it, it has actively fought it and kept it quiet.

To call a woman whose clothes are too sexy, too exaggerated, too much, too flashy, too little, a “whore” or a “slut” is common practice, more or less out in the open. By the way, women love to take control of this (self-)censorship themselves, by degrading themselves and others. She’s welcome to do that, but she should ask herself whether she still wants to, in 2019.
Whoever claims that women “make themselves beautiful for men” or “subordinate themselves to the male gaze” is speaking completely from this “male” perspective. If I can’t imagine women doing things for a large number of reasons – and the male gaze being one of those, but not the only one – then I probably have a very narrow concept of women.
That perspective leaves out the fact that women look at women too, and that human beings also look at themselves and feel the clothes they’re wearing and enjoy their expression to the world. Where is the pleasure in myself? Why is that pleasure, of all things, denied until it pales beyond all recognition? The idea of making public spaces virtually “sexless” by suppressing femininity is, unfortunately: sexism.
Kuchler suggests a “uniform for all” – meaning, loose-fitting clothing that completely covers everyone, men as well as women. In Kuchler’s vision this would be “freedom from beauty norms”. In truth, it’s just yet another attempt at turning women invisible in public spaces. And especially the sexually expressive woman. And especially the sexually expressive woman. But of course, why does she always need to be so impossible!

From now on, I won’t speak about outdated theories anymore, only about the potent woman

Kuchler’s theories weren’t popular with the audience, there was some booing, in a room with several hundreds of people. Kuchler didn’t make any friends. She hardly enjoyed any success in the sense of people agreeing with her. But there was still a huge echo. The next day brought headlines such as this one: “Sociologist Gives Women Partial Blame for Being Groped”, which appropriately caused indignation. Even the Hamburg police union got involved.
Would we have gotten just as many headlines if we had spoken about the potent woman, instead of women in potato sacks? I hardly think so. Why on Earth isn’t a potent and self-confident woman worth a headline in 2019, while the damaged woman always is? The woman who is at fault, the woman who is a victim, and especially the woman who blames other women – we love to talk about her anytime. Why?
I’m not asking out of offended narcissism.
I find this mechanism interesting. If we know that the public prefers to rehash reactionary old hats than to speak about the sexually active and fearless woman – then we need to speak of her with even more determination.
I don’t want to give any more of my attention to theories that don’t serve liberation. I wish to speak of sexual freedom, our tentative approaches to it, and the pleasure of moving towards it.

Sexual space is a powerful space, but it isn’t safe

So I hereby swear, from now on, to give my full attention only to the potent woman. IHer lust, her desire, her pleasure, her language. And to a consensual sexual culture full of risk, for all genders. I wish to speak about boundaries that are respected and explored with relish. I want to speak about empowered, sensitive human beings who appreciate the risk of being sexual creatures.
For sexual space is a powerful space, but it isn’t safe. Opening yourself makes you vulnerable, we question our boundaries and move past them to experience ourselves in a new way. That’s good, and it holds the danger of being hurt. Closeness as we search for it can be too much or too little. Contact can nourish and wound. Contact needs to be crafted, including sexual contact. The question cannot be only: do you want to? but also: what do you want? Explain it to me in detail! I want to hear it. It helps me understand you and experience the kind of sex with you that you like. We need communication in and about this space, and we need to learn that. I wish for people who engage in that risk with mindfulness and respect.
For thine is the kingdom, and the power, and humanity. Hopefully for a long time. Bam!

This article was published in german atKrautreporter and translated by David Bloom. Foto by wonderful Maroody Merav. Editor: Thanks to Theresa Bäuerlein! 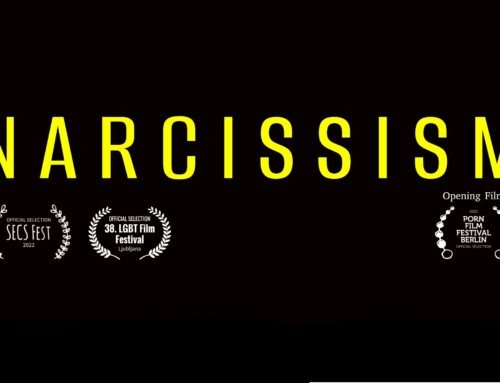 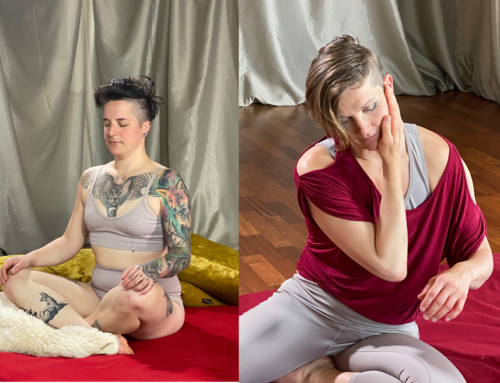 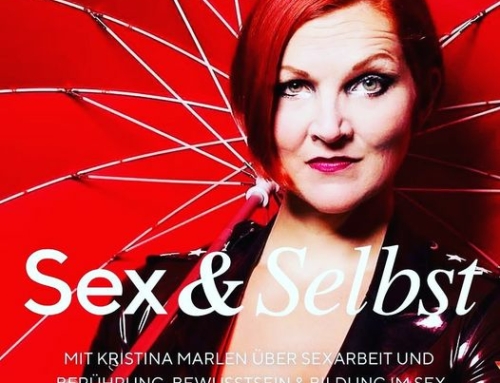 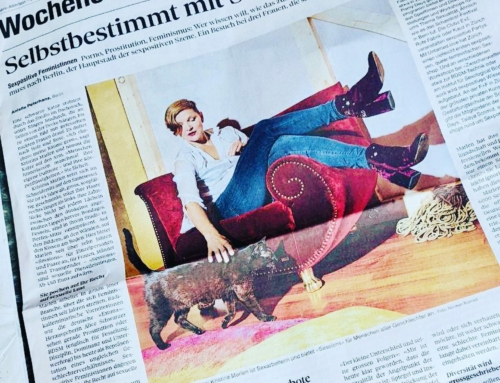 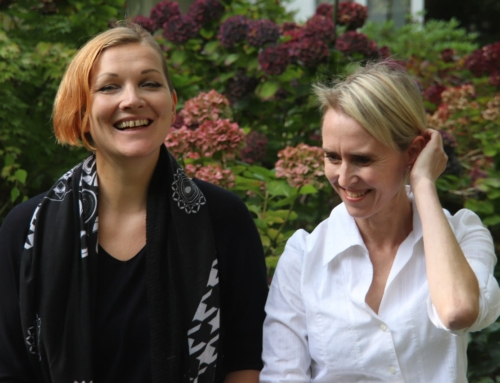